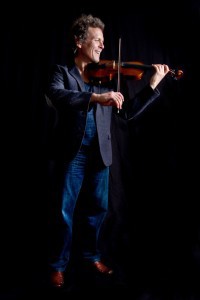 It seems like only yesterday that I was following my dream and studying the violin at the Royal Academy of Music. I can still see myself in the practice room on the top floor, looking out over London, going through some scales for the hundredth time! Sometimes I would spend 6 hours a day striving to be my best, relentlessly trying to improve my technique, getting everything I could out of my body. My fingers would get so sore they would bleed but that wasn’t enough to put me off! I would just plaster them up and carry on. All in a day’s work! Practice was quite intense!

It must have been obvious to anyone else close to me how stressed I was but I myself was completely unaware of the toil it was taking on me. I had been diagnosed with ulcerative colitis which seemed to be getting worse and worse. My mind was always on the go, never still, like a washing machine on the spin cycle! I found it difficult to concentrate, sleep was hit and miss and I was exhausted both emotionally and physically. But never the less I kept on pushing.

Although I wasn’t aware of the impact that stress was having on me I did struggle to understand why I felt such a creative block whilst practicing. I knew that there was something in my mind that was stopping me from fulfilling my potential but I couldn’t find anyone who could explain what was going on, so I resolved to find out for myself!

It was around this time that I discovered the amazing art of Tai Chi Chuan. As soon as I saw it being performed I was hooked! There was something about it which resonated deep within me. It started a life long journey of discovery which totalled transformed my health from being someone suffering in agonising pain on a daily basis to having a strong, flexible and healthy body, free of pain! The most surprising result of daily tai chi practice was that gradually the symptoms of the ulcerative colitis began to disappear until there wasn’t a sign at all!

What struck me after a while was how much easier I was beginning to play the violin. I was able to practice for hours and still remain quite relaxed, whereas before I would quite often get very tense, passages which previously I would struggle with I would flow through with much greater ease. It taught me how to align my body so that I could relax and let my body flow with the music. My mind was also able to relax, enabling me to focus more.

However, I was still suffering terribly with huge emotional pain built up over years of rather challenging life situations! This would be a book in itself! Eventually the stress was too much and I burnt out and I simply couldn’t face picking my violin up to play, it was associated with so much trauma in my life that it was easier to leave it locked up in its case.

I believe I came to a point in my life when I was ready to listen! One of the most amazing people then appeared in my life at just the right time! Julia is a phenomenal therapist and teacher. You can read all about her at www.juliaarmstrong.com. After some years I had been wishing to take up the violin again but still felt blocked. Through a series of fascinating events I eventually met up with Julia who I immediately recognised as someone who understood me and could help me heal. Indeed like so many people she has helped, I was able to turn my life around and free myself of the huge emotional pain that had plagued me for so many years. I was able to see for the first time the pain I was holding and the reactivity that resulted and the situations that I attracted. Once aware of this I was able to own my part and respond instead of react to life. This has been a wonderfully healing journey and I am so grateful for Julia’s help along the way.

Eventually the day arrived where I stood once more in front of my violin case. For the first time in years I was eager to open the case and hold my violin again. It was like meeting an old friend once more. Although some years had passed, it felt like in the instant I held the violin, we caught up with one another! And as soon as I put it under my chin and started to play, a joy filled my heart. I knew I had found what I had been looking for all those years.
It seems like I have come round full circle and am taking up where I left off, beginning anew, but this time I am at peace with myself and that is what makes all the difference. 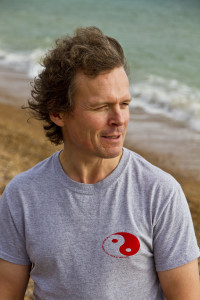